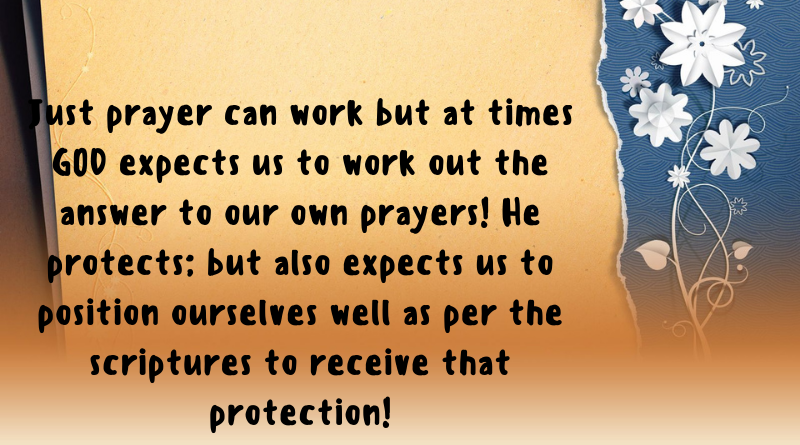 Then Pharaoh gave this order to all his people: “Every Hebrew boy that is born you must throw into the Nile, but let every girl live.” Now a man of the tribe of Levi married a Levite woman,… & gave birth to a son. When she saw that he was a fine child, she hid him for three months. But when she could hide him no longer, she got a papyrus basket… & coated it with tar & pitch. Then she placed the child in it & put it among the reeds along the bank of the Nile. His sister stood at a distance to see what would happen…

Insecurity & gender-bias grew strong in the mind of Pharaoh! He enforced a rule to have the Jewish male child drowned in the river Nile. But one family thought differently & put their male child in the Nile differently.

Just prayer can work, but at times GOD expects us to work out the answer to our own prayers! He protects; but also expects us to position ourselves well as per the scriptures to receive that protection!