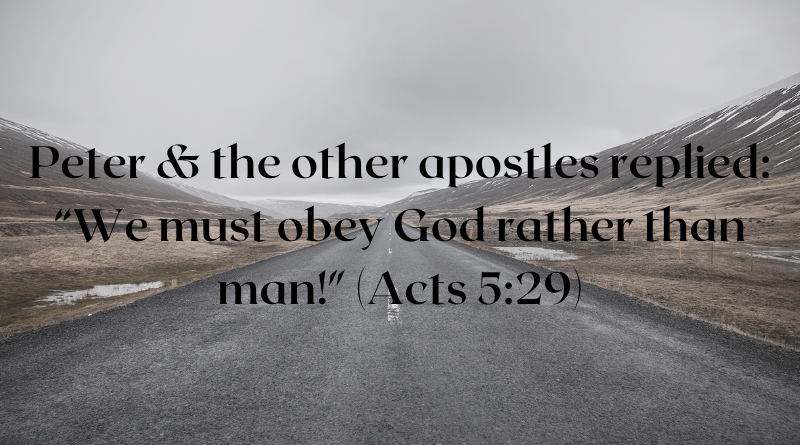 Authorities, rules & regulations need to be obeyed but not at the cost of disobeying GOD or His Word! Why obey God?

Jesus went about doing good but the Pharisees & religious leaders went about holding the law to trap Him., not knowing that they were trying to hinder Him from doing His Heavenly Father’s will & His passionate service to mankind!