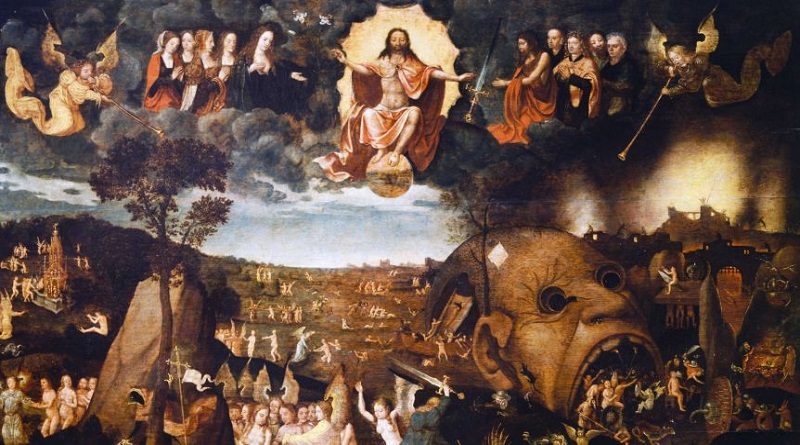 When we are talking about biblical signs being fulfilled in these last days, we see the evidence of that everywhere in the media, news, politics, society, economy, and religious blindfolds in the eyes of men. All the events that raise the red alert for the apocalypse are now so vibrantly clear that skeptics and atheists have to rethink their beliefs about God’s non-existence. They must fearfully prepare for his soon coming kingdom, which will be established on the face of this planet.

Presently, the world leaders are merging all the nations into a one-world government, which the Bible terms as the Beast (Antichrist) system. It will be a ten-nation confederacy where all the power and privileges will be centered at the hands of a single person whom the Bible calls the man of perdition or man of lawlessness.

He will exalt himself to the status of the Almighty and claim himself to be absolute in authority over all creation. Before that, he will establish a peace covenant between Israel and its surrounding nations, which he will use as a means to gain favor and support by many who will be deceived by his unscrupulous tactics and evil schemes. He will be responsible for the abomination of the desolation by placing himself as a statuary figure of worship in the third temple of Jerusalem mount, which will cause a great revolt by the Jews followed by the dominance by the Antichrist.

The people of God will be tormented a lot by these events, and God’s last vials of judgment will be poured out on this world, which will culminate at the second coming of Jesus Christ, which will overthrow the beast system by the defeat of Antichrist, false prophet and all his supporters and well-wishers who joined arms with him to persecute the people of God.

Currently, we see the precursors of a one world economic system in the form of RFID (Radio Frequency Identification Device) technology. It incorporates a single chip into the human body that will control the trade and commerce and keep a record of the movement of the receiver of the implants of this chip (which might be a type of the mark of the beast). In the future, it will be made compulsory for all the world to accept if they want to survive in the antichrist rule.

Similarly, we hear certain rumors from the Vatican that the Roman Catholic Church’s existing Pope is making attempts to unite all the world’s religions under a single umbrella. It will foster the antichrist system to gain momentum by making false promises of communal harmony and equality of all human beings. Satan knows his time is short, so he will try to do everything possible on his part to prevent the lost souls from coming to the saving knowledge of the gospel of Jesus Christ.

He is doing this by spreading new age teachings like universalism, reincarnation, astrology, psychics, and spiritual energy in the material world. Looking at the widespread influence of these facts presented in this article, one can conclude without doubt that all the signs that the Bible describes to us concerning the last days cannot be sidelined or overlooked. Thus the Holy Bible remains incorruptible.