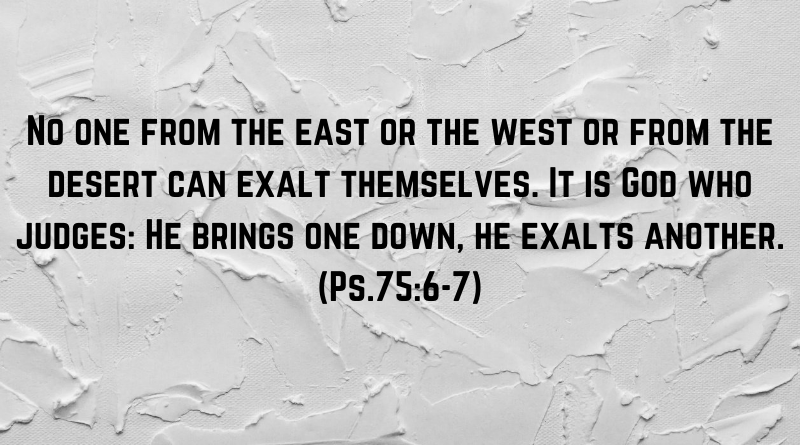 Joseph said to his brothers, “Listen to this dream I had: We were binding sheaves of grain out in the field when suddenly my sheaf rose & stood upright, while your sheaves gathered around mine & bowed down to it.” His brothers said to him, “Do you intend to reign over us? Will you actually rule us?” And they hated him all the more because of his dream & what he had said.

Joseph, born to Jacob (Israel) in his old age, was loved the most by his father but hated the most by his brothers. As a token of his love, Jacob had gifted Joseph a special robe. Joseph innocently reported to his father anything bad his brothers did & had openly shared to all the two dreams he had dreamt where he was seen elevated than the rest & revered by them all.

GOD had revealed Joseph through two dreams, the long-term plan He had for his life. Joseph’s brothers were jealous of him, but his father kept the matter in mind.

No one from the east or the west or from the desert can exalt themselves. It is God who judges: He brings one down, he exalts another. (Ps.75:6-7)