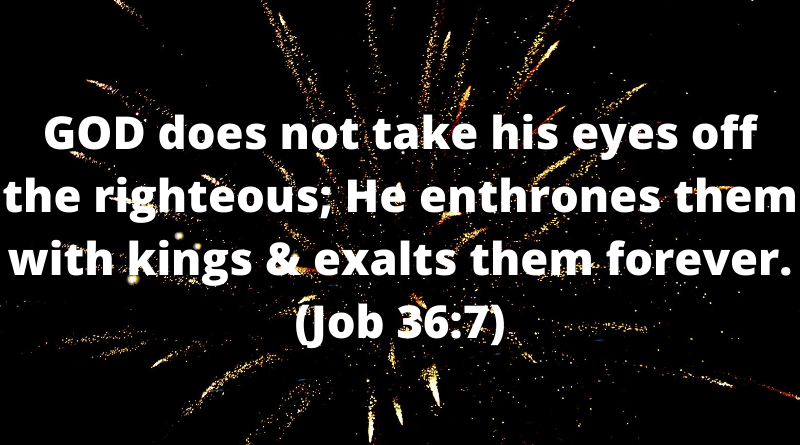 The brothers of Joseph saw Joseph in the distance, & before he reached them, they plotted to kill him. “Here comes that dreamer!” they said to each other. “Come now, let’s kill him & throw him into one of these pits & say that a ferocious animal devoured him. Then we’ll see what comes of his dreams.” ? – Gen.37:18-20

Today, GOD speaks to us through His Word (Holy Bible) but in olden days, one of the means by which GOD spoke was through “divine dreams”. Joseph took his dreams seriously to only get into problems & get the brand name ‘dreamer’.

Joseph was sent by his father Jacob (Israel) to check on the welfare of his brothers who were supposed to be in Shechem to graze sheep. Not finding them there he didn’t return but searched & found them in Dothan. He intended good but they intended bad! Yet, in GOD’s plan, two of his brothers Reuben & Judah were favorable!

GOD Does Not Take His Eyes Off the Righteous; He Enthrones Them with Kings & Exalts Them Forever.