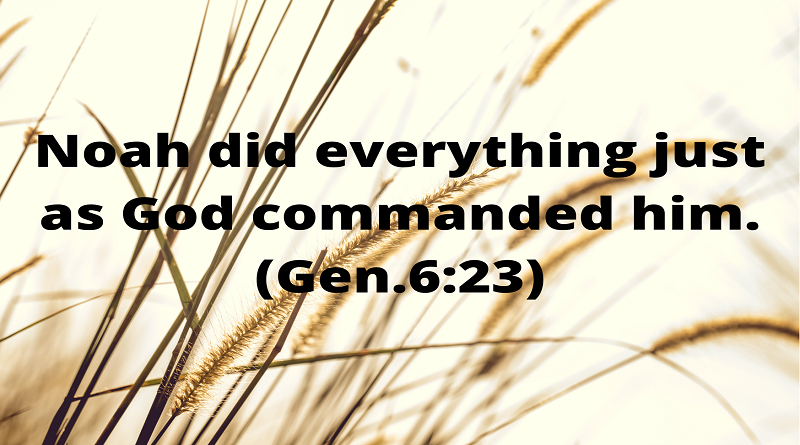 But Noah found favor in the eyes of the Lord. He was a righteous man, blameless among the people of his time, & he walked faithfully with God. … God saw how corrupt the earth had become, for all the people on earth had corrupted their ways. So God said to Noah, “I am going to put an end to all people, for the earth is filled with violence because of them … So make yourself an ark….

Noah looked at his circumstances from GOD’s perspective! When God chose, called & asked him to build an ark (ship) to save himself, his family & a pair of all creatures, he just cooperated!

Noah didn’t make any excuses on having never seen a ship or having an experience in Ship-building nor having travelled in a ship. He just followed the instructions of GOD & completed the huge project. Probably the people around laughed & mocked at what old Noah had to say or do but Noah was not discouraged. He was not sensitive to public opinion but totally given to fulfilling the will of GOD!

Noah Did Everything Just As God Commanded Him. (Gen.6:23)