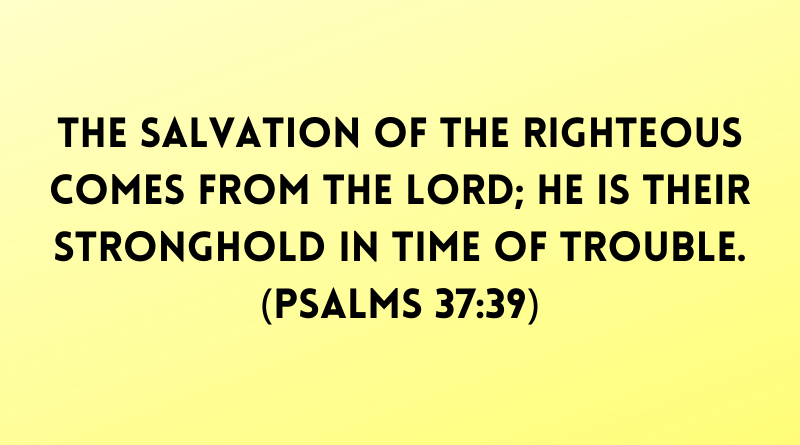 When Joseph’s master heard the story his wife told him, saying, “This is how your slave treated me,” he burned with anger. He took Joseph & put him in prison, the place where the king’s prisoners were confined. But while Joseph was there in the prison, the Lord was with him; He showed him kindness & granted him favor in the eyes of the prison warden.

Joseph’s master fully believed the misinterpreted story his wife had to say. While his master burned with anger, there was no way for Joseph to prove the facts. The good name or testimony he had built over time got burst as a bubble in no time!

Innocent Joseph enters another phase in his life! Jobless, hopeless, support-less, reputation tarnished & lonely in a locked-down situation could have easily got into a deep depression but the presence & kindness of GOD sustained him. As a result, he could also experience the favor of the prison warden!

The salvation of the righteous comes from the Lord; He is their stronghold in time of trouble.