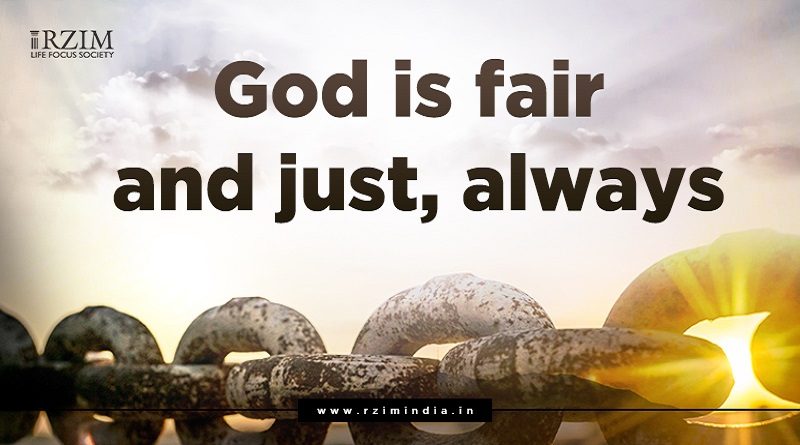 The Holy Bible tells us that:- “God has mercy on whomever he wills, and he shows compassion to whomever he wills.” The Lord does nothing wrong. He never makes any errors in his way of dealing with anyone, whether it be a believer in Jesus Christ or an unbeliever who is ignorant of the saving knowledge of the gospel. In fact, irrespective of who we are, what we have done, where we belong to and what background we originate from.

The Bible says:- “He raises his sun on both the good and evil. He sends the rain on both the just and the unjust.” He is the lover of every soul. However, it is true that God has laid only one foundation for everyone to build their lives on. That is the foundation of Jesus Christ alone. He has made the path narrow for everyone who seeks after eternal life. People from other faiths are darkened in their understanding and corrupt in their minds, so they find it hard to digest this truth. They feel this is very hard and stringent to adopt. They want to have freedom in their choice to follow their own self-devised paths. They have loved sin rather than righteousness, and that’s why they despise the true righteousness of God that is available only in Jesus Christ.

He is the exclusive door for anyone who wants to meet the Father. But the unbelievers have suppressed this truth in their own ungodliness and unrighteousness. But despite this, the BIBLE says:- “The Lord is delaying his second coming into the world not because he is slack concerning any of his promises, but he desires everyone to be saved.” Doesn’t this show that he is concerned for even those who have utterly rejected his way of salvation?? Even though there are pain and suffering in this world, the Lord is close to everyone who is broken in the heart and crushed in the spirit.

The difference is that a Christian is able to personally anticipate, experience and testify of God’s unfailing love in his life while people from the other faiths are still devoid of this divine comfort and peace in their lives. They feel unloved, uncared and neglected by God because they are still separated from him due to the barrier of sin in their lives. They live a guilt rode and self-condemned lifestyle because they haven’t experienced the gift of forgiveness available only in Jesus Christ.

Sin has affected every human being to a different degree and extent. Even though God has given every human being a conscience – be it a believer or unbeliever. Still, the difference is that the consciences of believers being ruled by the Holy spirit are sensitive to God’s leading and guidance.

Still, the consciences of unbelievers being defiled and marred by sin are only motivating them towards what is self-seeking and rebellious. That is why they often complain that God is silent towards their petition and prayers because they are predominantly seeking after things that are against his will.

But God is unchangeable and immutable. Just like the Father of the prodigal son, he is waiting for the unbelievers to come to the self-realization of their limitations and make the return journey towards his throne of grace where they will ultimately realize that there was never a time in their entire lifetime where THE LORD GOD ALMIGHTY had stopped thinking for their good and welfare.

Even as the psalmist says:- “How precious are your thoughts towards me O God. How great is the sum of them? If I number them, they will be more than the sand of the sea and stars of heaven. This applies equally to both believers and unbelievers.” Amen!!