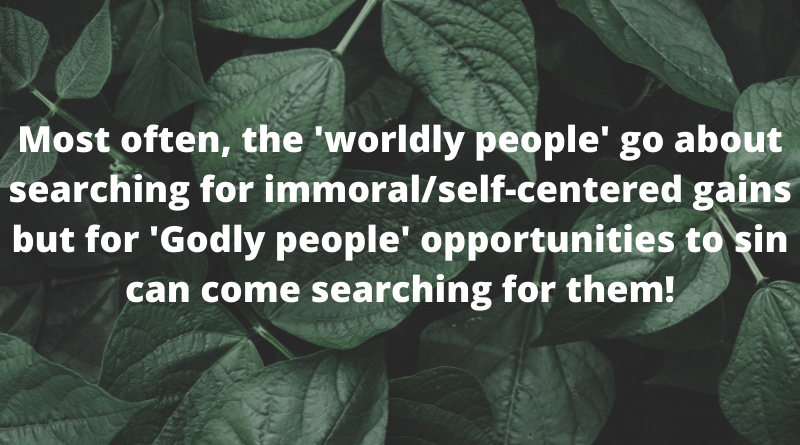 … Now Joseph was well-built & handsome, & after a while his master’s wife took notice of Joseph & said, “Come to bed with me!” But he refused. “With me in charge,” he told her, “my master does not concern himself with anything in the house; … My master has withheld nothing from me except you, because you are his wife. How then could I do such a wicked thing & sin against God?” And though she spoke to Joseph day after day, he refused to go to bed with her or even be with her.

Potiphar: He looked at Joseph from a divine perspective. He lived tension-free delegating full charge of his household to his servant Joseph.

Potiphar’s wife: She looked at Joseph from a self-gratifying carnal perspective. She was discontent & strongly persistent on wanting to sin!

Joseph: He had no special course on ‘pleasing a boss’ but was just loyal to the trust placed on him. He had no special training on “how to overcome temptation” nor had a doctrinal study on “adultery & it’s consequences” but was strongly conscious of GOD’s presence with Him! (1 Cor.6:9)

Be far from sin