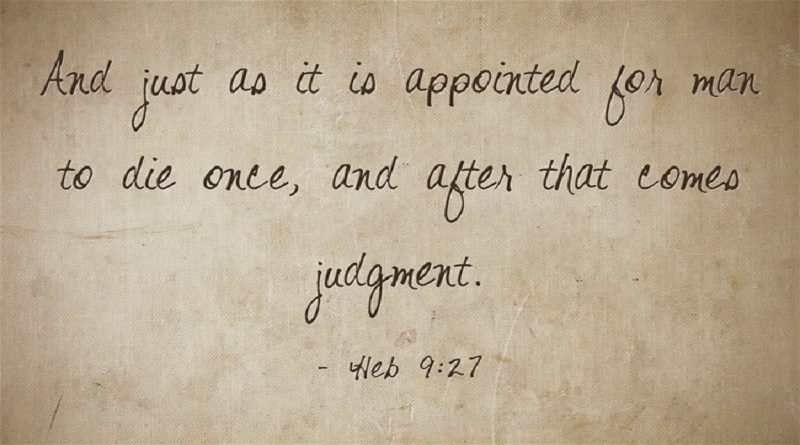 I know, today many in the world believe in Re-incarnation. The theory that there are cycles of deaths & births from one life to the next. What you will be in your next physical existence depends upon the kind of life you lived in your previous one. But I can boldly say to all of them who adhere to this belief system that there is one man who has completely debunked this theory. He is Jesus Christ. He died for our sins once it for all & then on the third day rose again from the dead. The Karmic cycle had no effect upon him. He no longer dies. He permanently came out victorious from the grave by his resurrection & set the trail for all who would believe on him to receive eternal life. ?

Dear friends, Re-incarnation is a delusional concept. Come out of that myth. Embrace Jesus Christ who is the ultimate truth. He has the keys to death and Hades. There is one life and after then the judgement. Are you ready to stand before the Lord and give an account of this life that he has given unto you?? Only Christ can give you the boldness and courage to face it. Only he can make you stand upright before the Father’s throne. AMEN!!