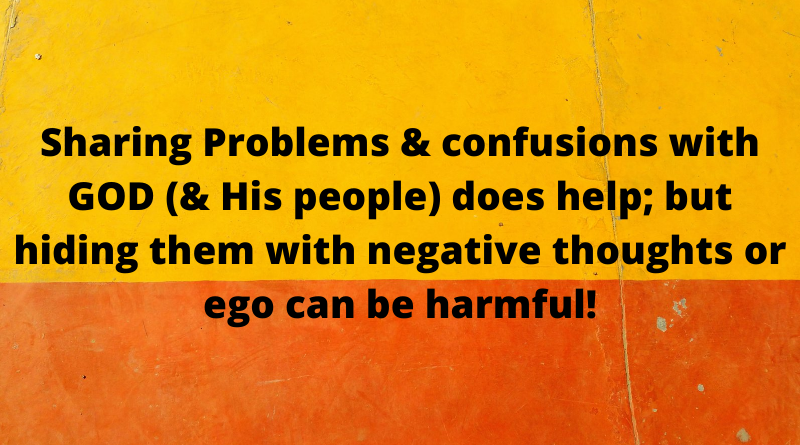 “We both had dreams,” they answered, “but there is no one to interpret them.” Then Joseph said to them, “Do not interpretations belong to God? Tell me your dreams.” So the chief cupbearer told Joseph his dream. … “This is what it means,” Joseph said to him. “The three branches are three days. Within three days Pharaoh will lift up your head & restore you to your position, & you will put Pharaoh’s cup in his hand, just as you used to do when you were his cupbearer.

When the two prisoners had no hope of getting their ‘disturbing dreams’ interpreted, Joseph testified that it is GOD who can interpret. Giving all the credit to GOD, as a person of GOD, he reveals the meaning of their dreams.

Years back, Joseph himself had two dreams but all his circumstances were contrary to what it meant to him. He could have easily given up his belief that ‘GOD speaks through dreams’ but as ‘a person of faith’, he volunteered, & in course of time, everything happened just as he had interpreted to the chief cup bearer!

Sharing Problems & confusions with GOD (& His people) does help; but hiding them with negative thoughts or ego can be harmful!